A focused learning path, hands-on learning, and a dedicated coach: How an apprenticeship helped Bhuvi B. become an IBM Z superstar

In 2017, Bhuvi B. moved from India to the United States to pursue a Bachelor’s degree in Computer Science. After graduation in 2020, she worked as a cybersecurity analyst until being hired as a Software Engineer in mainframe Database Services at FIS Global. Even though she was well-versed in cybersecurity, Bhuvi’s experience with the IBM Z (also known as the mainframe) could be defined as little to none.

“Honestly, college doesn’t really go through the mainframe, so I was pretty new to it,” she said. Bhuvi’s managers at FIS connected her with the IBM Z Apprenticeship program through Franklin Apprenticeships to learn foundational technical skills she didn’t learn at college. “It was a great way to start on the mainframe, especially when you have no idea what you’re getting into,” said Bhuvi.

From the start of her apprenticeship in early September 2021, Bhuvi was grateful for the support and encouragement the program provided. “It takes time, yes,” said Bhuvi. “But my mentors, my manager, my team, and the support from Franklin made me want to stick with it and keep learning as much as possible.”

Bhuvi’s experience with the apprenticeship was totally different to her computer science degree. The professional skills development portion of her apprenticeship curriculum, which provides the opportunity to practice skills like conflict resolution and communication in the workplace, was particularly enlightening for Bhuvi.

“It helped me see how elements of leadership are important and can be applied to other aspects of a relationship, like integrity and communication,” she explained.

Bhuvi also highlighted the benefit of a focused learning path provided through the apprenticeship, comparing it to core classes that college students are required to take.

“At the university, you have other classes that you need to focus on,” she said. “With Franklin, the learning is backed up by specific exercises. The weekly check-ins provided extra support, and I always knew exactly how much time I could spend on each project.”

“Bhuvi was such a delight to work with,” said Alison Chapman, Franklin Professional Success Coach. “She always brought such professionalism to our meetings. The amount of passion and knowledge that Bhuvi possesses for the work that she does is nothing short of obvious and inspiring.”

Bhuvi’s advice to anyone considering a Franklin Apprenticeship is to take full advantage of their Success Coaches’ support. “Be open with your Success Coaches,” she said. “If you don’t talk with them and express the issues you’re having, you will have major bumps. They can really help you throughout the journey with all of it, even if they’re small issues, it really helps you complete the whole thing.” 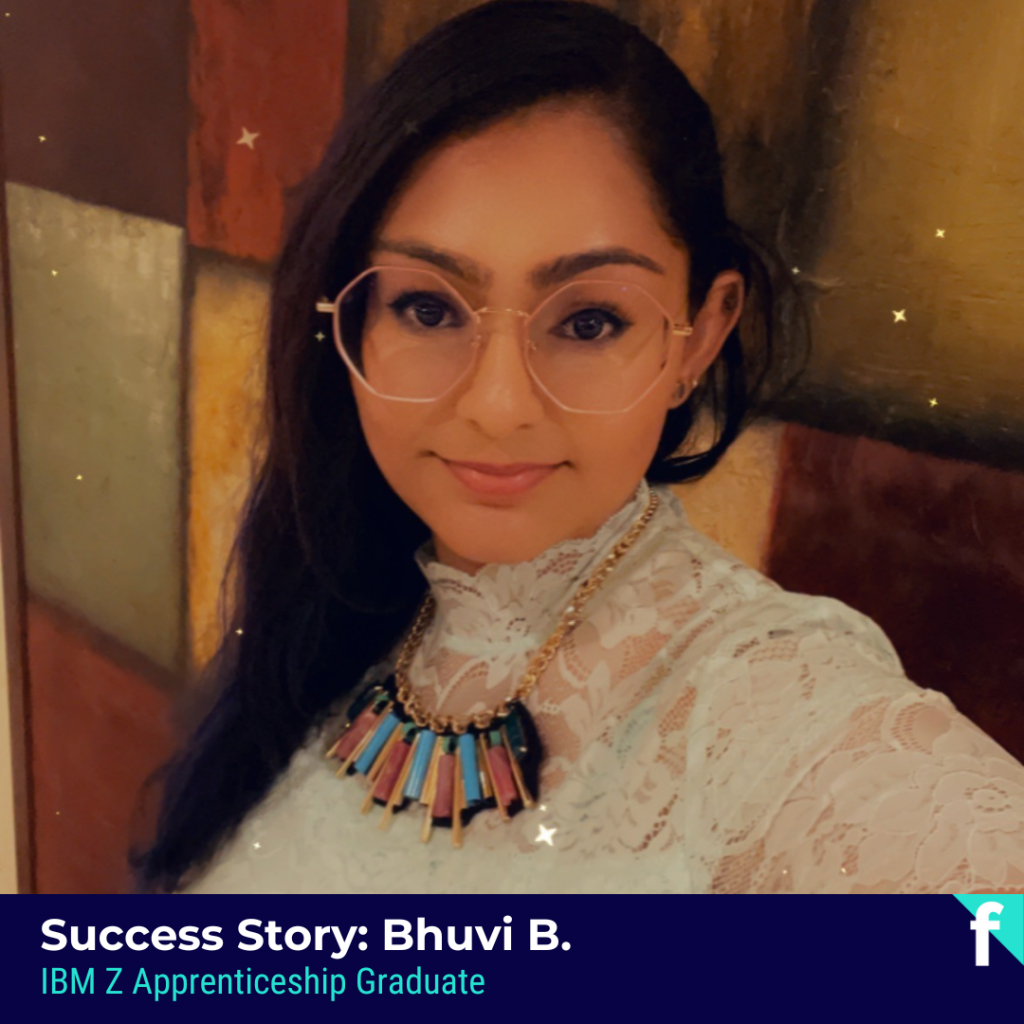